Home / Gemstones / WOULD YOU LIKE a Chrysoberyl Cat’s Eye ring?
Return to Previous Page

About Chrysoberyl Cat’s Eye – History and Introduction
Chrysoberyl cat’s eye is a gemstone quality variety of beryllium aluminum oxide which exhibits a rare optical trait known as ‘chatoyancy’. Chatoyancy is the unique ability to reflect light in a way that resembles the slit eye of a cat, hence the name ‘cat’s eye’. Chrysoberyl is considered the ‘original’ cat’s eye gem, and is in fact the only gem that can be traded as simply ‘cat’s eye’; all other varieties must be traded using very specific names, such as ‘cat’s eye quartz’ or ‘cat’s eye apatite’. Unlike most other cat’s eyes, chrysoberyl can exhibit very sharp and distinct eyes under almost any kind of light, which makes it extremely attractive and desirable, especially combined with its superior level of hardness and durability.
The chrysoberyl species was first discovered in 1789 by renowned geologist, Abraham Gottlob Werner. For many years, it was referred to as simply ‘chrysolite’, but today, the term is no longer commonly used. Despite its descriptive name, chrysoberyl is not actually a beryl , which is aluminum beryllium silicate, whereas chrysoberyl is beryllium aluminum oxide. Some forms of chrysoberyl may exhibit the unique ability to change color under different lighting sources; these are known in the trade as ‘alexandrite’. Color change chrysoberyl is considered to be one of rarest and most valuable gems today. 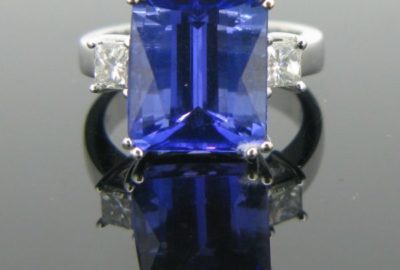